It was just another day for the Maras salt farmers, but for me, it was a solid hike at 10,300 feet. As I walked through a small Andean village to get to a trail head, beautiful scenery was met with the aberrant dichotomy of social distress. One moment I was basking in the surrounding landscape, speckled with corn fields, green mountaintops, and cob homes; the next, my gait slammed to a screeching halt as I encountered a woman wailing in Spanish, her husband and she engaging in an explosive argument. The therapist in me wanted to assist her, as it sounded like she was in danger. But for all I knew, she was the provoker, and what could I really do anyway? Enter a stranger’s house and pretend I was the tourist police? Probably not a good idea – in any country. I walked on and felt helpless as I heard her fusillade of rage and pain fade into the distance.

I continued my hike up to a vista that revealed much of the Sacred Valley, just below Maras, a Quechua salt farming site. The salt is harvested from squares plots that beautifully contour the side of the mountain. This “salinera” utilizes a sophisticated, ancient Incan aqueduct system. Each terraced square is fed by one saline stream coming directly out of the earth; and the salty stream continues down the mountain, lining the red diatomaceous earth with white streaks.

As I sat on a perched rock (pictured) to check out the salty mountain and the view of the valley, I soon became a spectacle to a male villager passing by. “De donde eres? Y donde está tu esposo?”, he asked. There you have it, two of the most important questions a campesino can ask a woman: 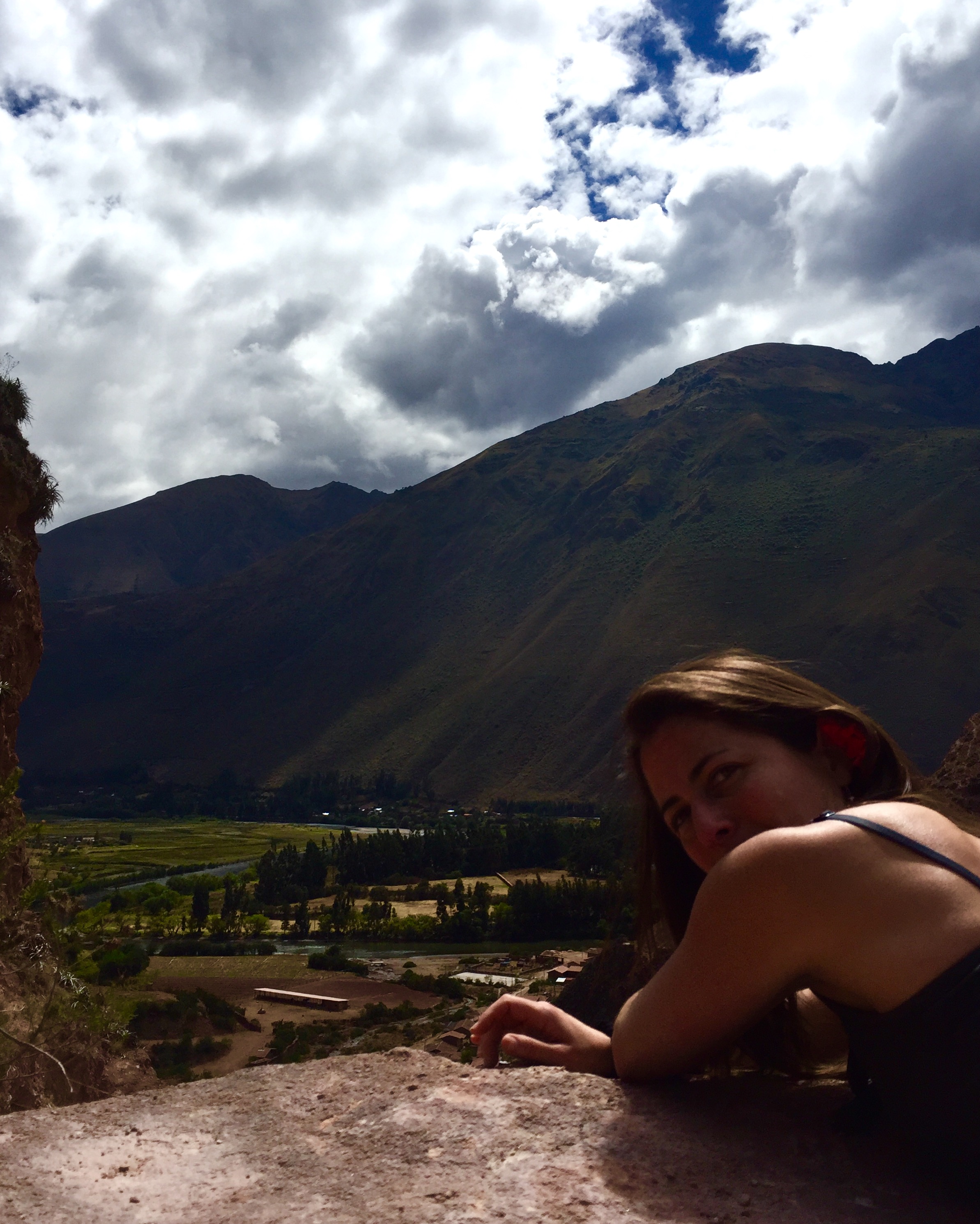 “No lo tengo”, I answered jovially.

I love men to the ends of the earth and also love traveling alone through foreign countries. Having a husband is not my primary goal in life, as it was for most women in the 1950’s and still is for Andean subsistence farmers. Don’t get me wrong, the idea of having one life partner sounds wonderful – albeit a little unrealistic – and having someone take over my camera’s precarious self-timer situation would make it a double-win.

Traveling as a single, Caucasian lady is both an educational and a peculiar experience at times, especially when one is meandering through subsistence agriculture-based communities. One day I am resting in beautiful accommodations, reading about post-modern feminism and the shapeshifting relationship models of American culture. The next day I am conversing with an old Peruvian farmer, who asks me why I don’t have a husband while gripping the heavy farming tool slung over his shoulder. Life never ceases to have a trenchant sense of humor.

I have traveled with boyfriends and without, and neither experience is “better”. And, there is something especially sacred and vulnerably authentic about wandering the planet alone. These moments have taught me to really savor solitude and revel in the beauty that is community, lovership, and culture. Life is both perplexing and beautiful and we never know what tomorrow will bring. Enjoy the ride!

In appreciation of sacred dichotomy, 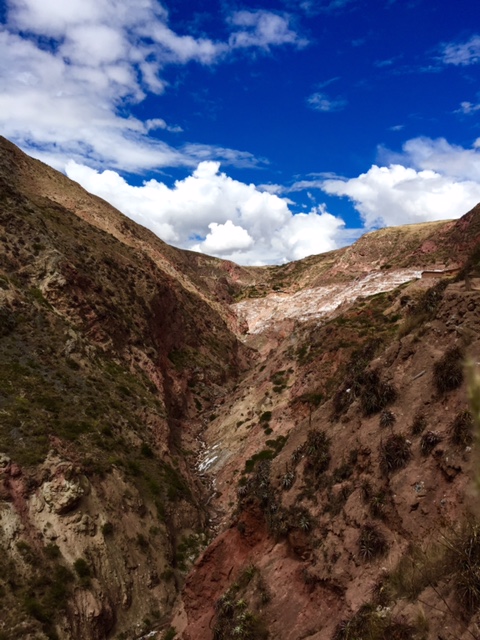 Join Romi Cumes and Lisa Veit for a transformational retreat to Peru. This top-quality, ten day, nine night package beings and ends in the beautiful city of Cusco. Guests stay at the exquisite Willka T’ika Garden Retreat Center in the Sacred Valley of the Inca, and receive first-class guide service to sacred sites, villages, and ruines. Enjoy the rich scenery of Machu Picchu, Cusco and other sacred sites, as well as Willka T’ika’s spectacular gardens, accommodations, and organic cuisine. Additional overnight accommodations in Cusco and Machu Picchu are also included in this package. 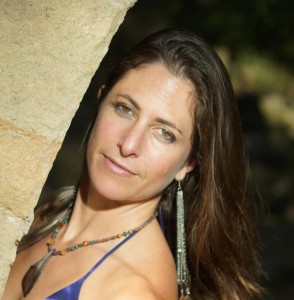 Romi Cumes M.A. is a Therapist, Bodyworker, Yoga Instructor, and Performance Artist with over fifteen years of experience. She supports people to embody their most authentic state of Being, so they may live in a more full and balanced way. Drawing from a background in somatic psychology, Romi integrates clinical training with intuitive capabilities to proactively work with trauma, physical distress, and psycho-spiritual blockages. She founded Transformative Healing Arts in 2004 and is currently in private practice in Santa Barbara, California. Romi has been traveling to Peru for the last twenty years, where her mother, Carol Cumes, founded the Willka T’ika guest lodge and the Willka T’ika Children’s Fund, a 501(c)3 that supports four Quechua schools in the high Andes.

Lisa Veit is an internationally known Intuitive Life Coach, Speaker, Regression Therapist, Owner of “Be You Come Alive”, Mother, and Creator of The Art of Embodiment Meditation CD. Her life experiences triggered an epic spiritual inquiry within, and an insatiable study of the human potential. Lisa has explored in great depth the many facets of life, energy, and consciousness. She is committed to empowering people to discover their unique capacities, and to assist all of those that choose it, to come alive at their greatest capacity. She lectures nationally and currently lives with her family in Santa Barbara, California. For more info visit www.LisaVeit.com

Inner exploration and interpersonal relationship: Symbiosis or the ultimate paradox?

One might feel the need to escape into the depths of his or her inner process, and within those dark folds of self-speculation, are infinite threads of relational longing. Those threads are cast out like thin and sticky strands, each one longing to anchor to something; so that the soul, once separated from Source, Other, God (insert prolific synonym here), can be healed again. Albeit delicious in its complexity, diving into a solitary abyss of self-discovery can be a fleeting journey.  Some fortunate individuals discover that through interpersonal exchange, they are capable of bringing light to the dark cavernous places within the self. So why is relationship so hard?

Maya is a venerated debutant at the paradox ball. A skilled dancer, she glides between conscious escapism and radical interpersonal exploration. “Is escapism really that bad if it’s thoughtful? And perhaps my quest for growth through union is also an escape?” she thought to herself with a big sigh.

Maya is a debutant, not a Buddha, and her explorations are frequently fueled by large swells of avoidance. The paradoxically-inclined debutant seeks a black and white answer to a technicolor question.  Her cerebral cortex is skilled at constructing a checkerboard-lined psyche.  She longs for the simpler life at times, although deep down she knows that would be boring.  For just one linear moment, she ponders black and white squares, placed on top of each other in a most dainty fashion. “It would be so easy that way!” she thought.

Maya flashed back to her childhood dance instructor, Jeanne. Jeanne was a bitter, powerful woman, weathered by years of hard knocks, split leaps, and a succession of failed relationships. But damn, did Jeanne know how to dance. She would say things like:

“Stop trying so hard and feel!”

“You can’t put choreography in a box, dance outside the lines!”

Thinking back to her dysfunctional dance instructor, Maya had a revelation. “Why not apply what I learned in Jazz class to my love life?” she thought excitedly. If we are able to acknowledge pain as part of our development, and dance outside the lines, interpersonal experience becomes more colorful and less black and white. Love exists in the presence of pain and love is the most powerful force of all. Love resembles chutes and ladders and pain resembles a checkerboard, and everybody knows that chutes and ladders rule.

The debutant at the paradox ball used to think that interpersonal challenges implied a relationship was destined to fail. Her sensitive New Age boyfriend told her she fit the role of “Tragic Romantic” on the Enneagram wheel. She actually liked the sound of that, but denied it at the same time.  Maya wanted to hold on to her teenage belief that right relationship was like a juicy peach covered in frosting.  And where there was no fruit, only two things resided: a lot of avoidance and a black and a white checkerboard.

Although endearingly deluded at times, Maya knows that there are few people on this earth who don’t experience hurdles while playing their heart’s beautifully complex board game. She also knows it is very possible she will not pass go and collect $100. It is also possible she will live on Park Place and climb ladders. The only thing she knows for sure is that the actual love part is easy; it is the rain gliding over that proverbial peach.

It may often feel necessary to dive in alone, because essentially, we are all alone.  But if that was entirely true, beautiful folk singers like Joules Graves would not sing songs about the “fine line between being Alone and All One”.  Or Unity, although drenched in inexorable political mumbo-jumbo, would not have been the democratic party’s winning slogan in the 2008 election. The slogan was actually Change to be precise, but it was unity woven into a national desire for change that got Obama into the White house.

For many of us, black and white squares appear medieval and antiquated. They are not the symbolic representatives we are looking for in terms of radical self-inquiry and spicy, interpersonal growth. Green and purple slides are ebullient and sensuous, and ladders are Rajasic transportation devices. May Maya help us remember that by climbing ladders and sliding down chutes, we are acting as significant cosmic game pieces, and the kind of interpersonal epiphanies we seek are brightly colored.

My favorite bumper sticker says, “Creativity is revolutionary, express yourself”.  If this bumper sticker had a inanimate romantic counterpart, it might say, “Relationship is the ultimate tool for self-discovery, dive in”.